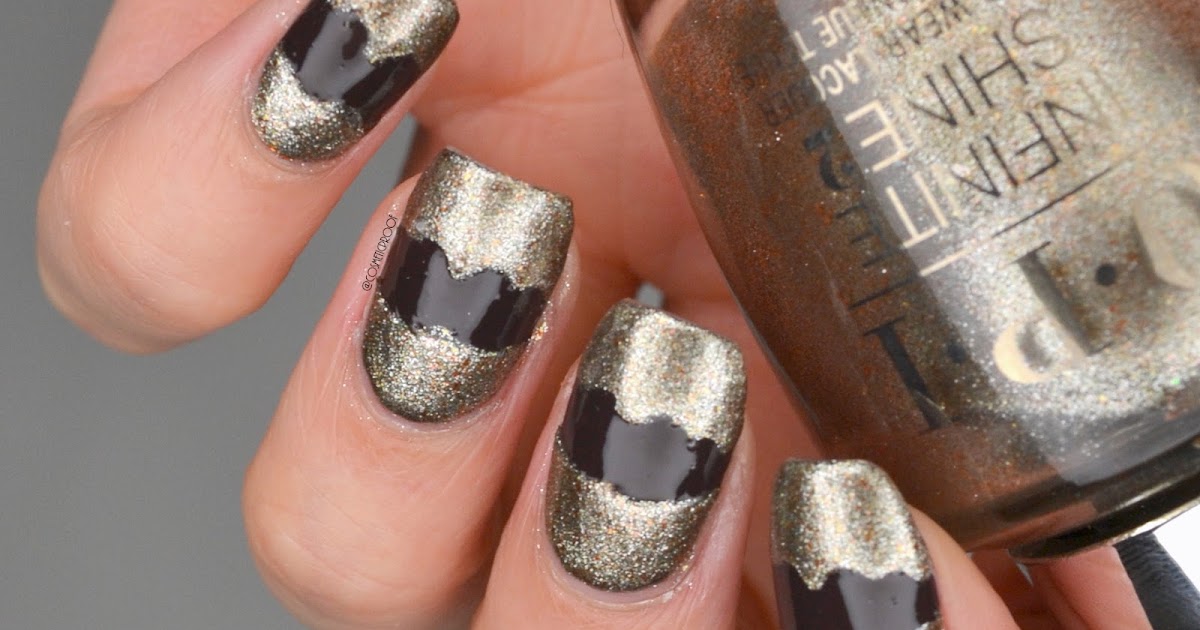 I’ve excuse this time for such a late #CBBxManiMonday put up and that’s that I lastly caught the Covid. I began feeling beneath the climate over the weekend, however examined detrimental after which progressively developed a sore throat, cough and extra congestion after which by Sunday had my two strains. As of yesterday evening, I’m nonetheless testing constructive, however feeling a little bit higher. It in all probability was the worst week to get sick as there may be simply a lot happening. I simply dread the quantity of catch up I should do once I get again to work as there was solely a lot I might area at house via e mail feeling how I felt the primary few days. At present is the primary day the place I’ve been in a position to keep acutely aware for quite a lot of hours with out eager to crawl into mattress. 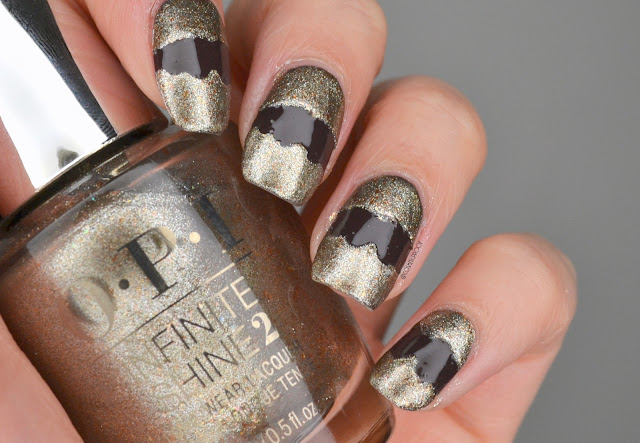 This manicure is fairly easy as I did this on Saturday once I was nonetheless feeling comparatively okay. I began off with two coats of OPI Brown to Earth* and as soon as that was dry, taped off the center part with some wavy manicure tape from Essence. I then painted OP Infinite Shine I Mica Be Dreaming* over prime after which peeled off the manicure tape. I although the sample would look a bit higher, however I suppose it appears to be like high-quality as is. Not too fascinating, however not horrible. 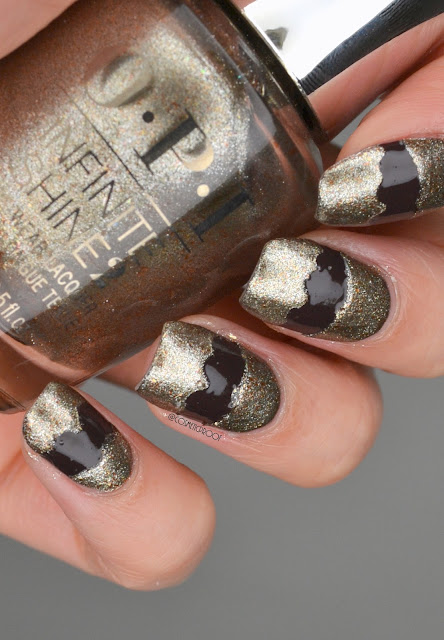 Completely happy Wednesday everybody and remember to take a look at Renee and Trysh’s blogs for his or her manicures this week!